What do we remember about 1995? A little-known sit-com called ‘Friends’ was airing its debut series, the world became obsessed with the first PlayStation, and a young Mancunian band called Oasis were dominating the charts as well as the headlines. But how did film fair in the mid-90s? Pretty well as it turns out. So dust off your Tamagotchi and dig out your favourite flame covered shirt. Here are five good films from 1995. 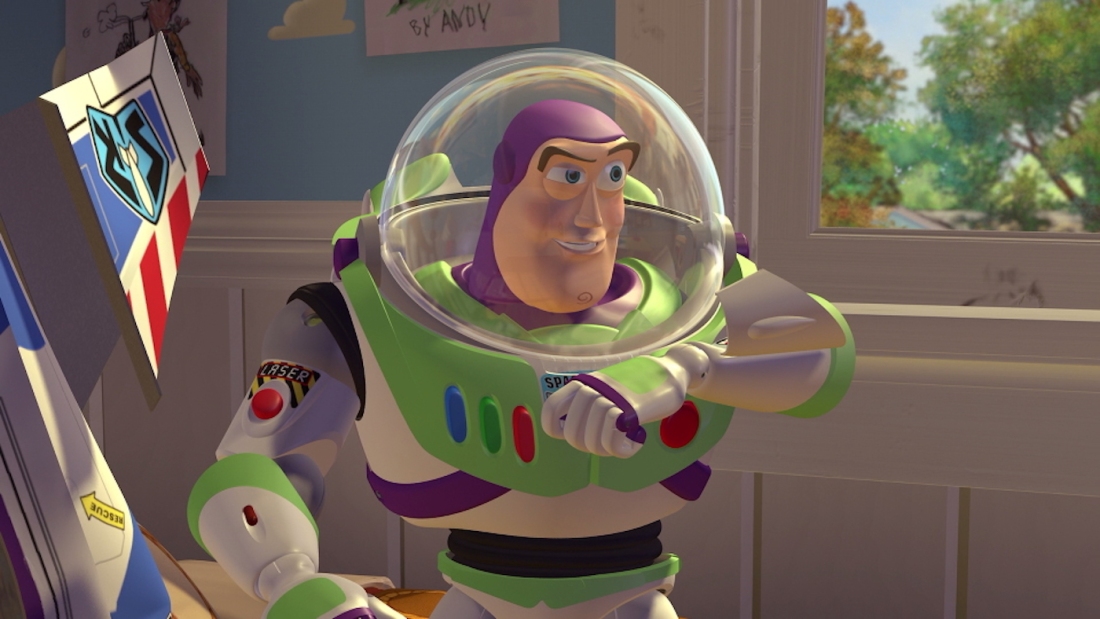 It’s hard to remember a time when we weren’t constantly bombarded with 3D animated kids movies. But believe it or not, prior to the mid-90s animation was limited to the mere confines of what people could draw. That was until Pixar came along and redefined what animation could be with the beautifully rendered and fully three dimensional Toy Story. The impressive visuals were backed up with an incredulous premise; what if Toys came to life? It’s a testament to the drive of director John Lasseter that not only did the film succeed, but that the exploits of Woody, Buzz and co. are now ingrained into modern pop-culture. 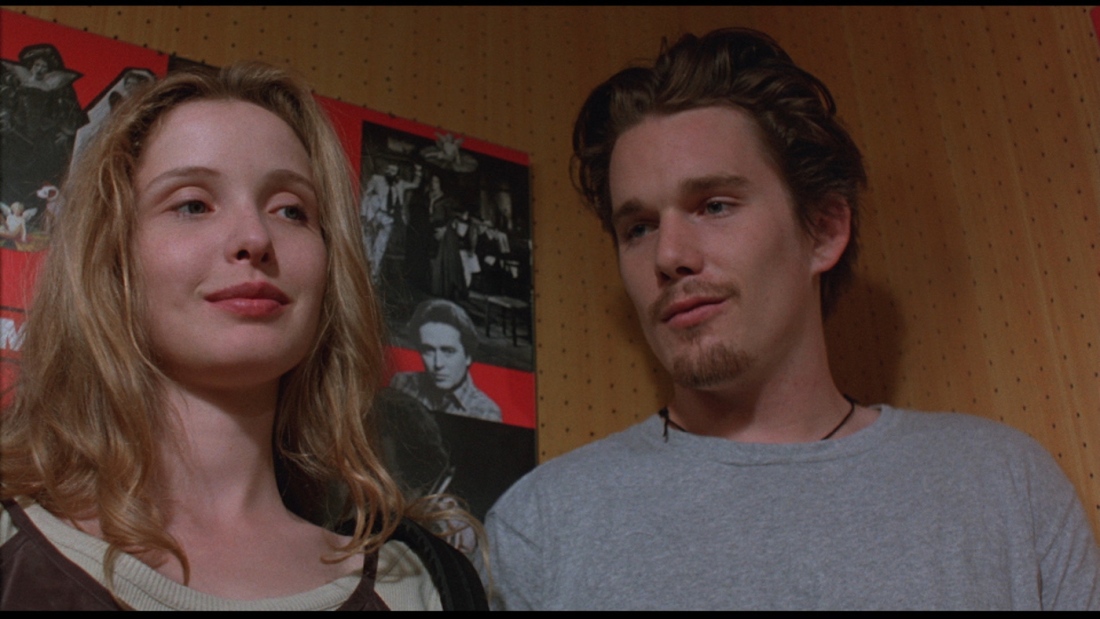 I love Richard Linklater. His films are humble, composed and joyous like nothing else. Whilst my admiration for the director spans his entire filmography the roots of my affection lie firmly in Before Sunrise. The premise of the film is simple. An American boy meets a French girl on a train. What follows is one of the most honest romances in cinematic history. Julie Delpy and Ethan Hawke sparkle with heartwarming dialogue and breathtaking chemistry. The film keeps close to the ground and resists the urge to dip its toes into cliched romantic set pieces, instead focusing on the characters themselves. A romance for the ages beautifully captured in the mid-90s. Be sure to check out the somewhat unprecedented yet equally brilliant sequels, Before Sunset

One of the most interesting ways to analyse the state of filmmaking over the last 50 years is to dip into the insurmountable James Bond series. Each film presents a unique take on the character derived from the filmmaking trends and tropes of the time. The mid-90s served up this cold war drenched spy thriller with Peirce Brosnan delivering his first (and best) performance as 007. When comparing this 1995 effort to the vast pantheon of Bond films that came before it, Goldeneye stands out as one of the most visceral takes on the iconic spy. Sean Bean, Judi Dench and Famke Janssen round out an excellent supporting cast that put Bond firmly back into the public consciousness. Martin Campbell would go on to direct a second Bond film in Casino Royale

. But for pure 90s nostalgia with a healthy splash of ‘mature’ Bond, you can’t go wrong with Goldeneye. 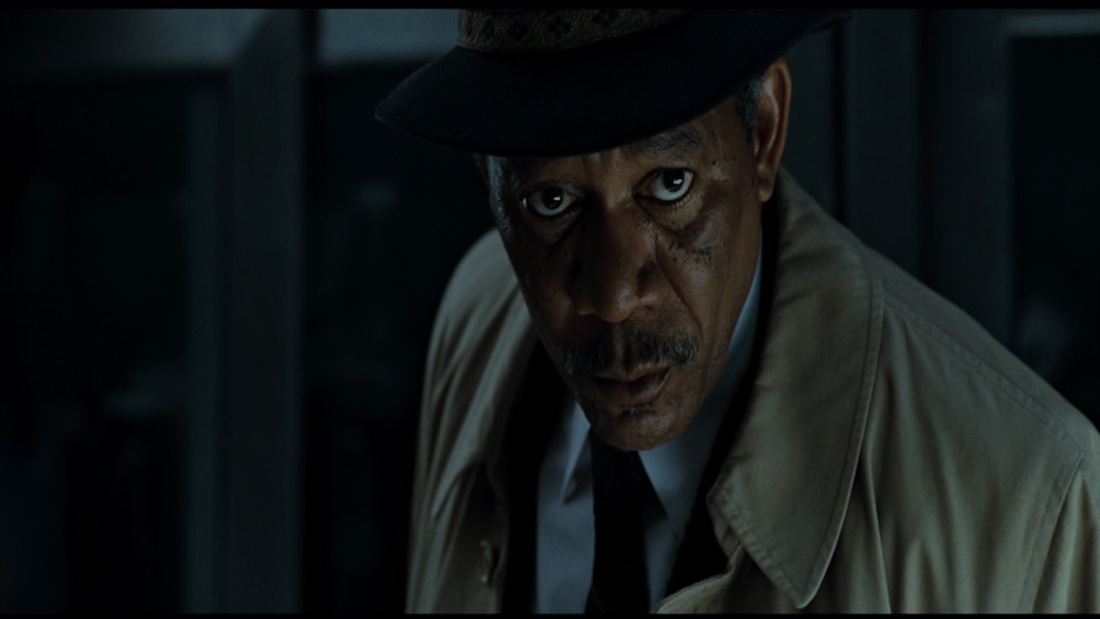 When it comes to intelligent, well-directed thrillers David Fincher is a modern juggernaut. Films like Gone Girl

make a strong case for Fincher being one of the best directors of the last 20 years. But it was way back when in 1995 that the director announced himself on the world stage. Seven is a neo-noir thriller with some serious bite. Two detectives must hunt down a serial killer who uses the seven deadly sins as gruesome motifs in his murders. The film leans heavily into its dark subject matter and benefits hugely for it. Brad Pitt and Morgan Freeman guide you through a beautifully unnerving narrative that twists and turns with such ferocity that all your predictions will be torn to shreds. For many, this is the benchmark film against which all other ‘gritty police dramas’ are judged.

“Houston, we have a problem.” A truly iconic quote from an equally iconic film. The story of the Apollo 13 astronauts is immortalised by director Ron Howard in this ‘based on a true story’ space epic. Featuring lush visuals, memorable performances and one of the most quotable scripts of the last 25 years, Apollo 13 is a masterclass in how to put a real story on to the big screen. The drama of the film is rooted in its characters and the incredible spectacle of a moon landing gone wrong. Everyone from Tom Hanks to Kevin Bacon is on incredible form and offer us a glimpse behind the curtain into ‘NASA’s finest hour’. If you’re sick of bloated biopics and unrealistic sci-fi then Apollo 13 might just make you fall in love with space all over again.

A mystery driven con-man caper directed by Bryan Singer in his prime. ‘The greatest trick the devil ever pulled was to convince the world he didn’t exist.’

‘Ugh, as if!’ Alicia Silverstone stars in this cult coming-of-age romantic comedy. Faux has never looked this good.

Mel Gibson stars and directs in this academy award winning historical epic. The film centres on Scottish folk hero William Wallace and his fight against King Edward I. ‘They make take out lives, but they’ll never take our freedom!’