For some pessimistic cinema-goers, visual comedy is a thing of the past. Hollywood churns out bland comedies at such an alarming rate it can be difficult to keep up. The vast majority of these films rely solely on dialogue to make the audience laugh. And while this is often successful its only a small part of the broad comedic spectrum. A funny script is one thing, but what about creative editing? Comedic use of music? Visual stimuli? All these traits and many more are often left out of big-budget Hollywood comedies in favour of ‘Actor A says something funny to Actor B’.

The young director from Somerset first burst onto the scene with the cult TV comedy Spaced. Utilising everything from over-the-top lighting cues to perfectly timed sound effects it didn’t take long for Wright’s unique brand of comedy to make the transition to the big screen.

Interested in Edgar Wright? Here are five good films to get you started. 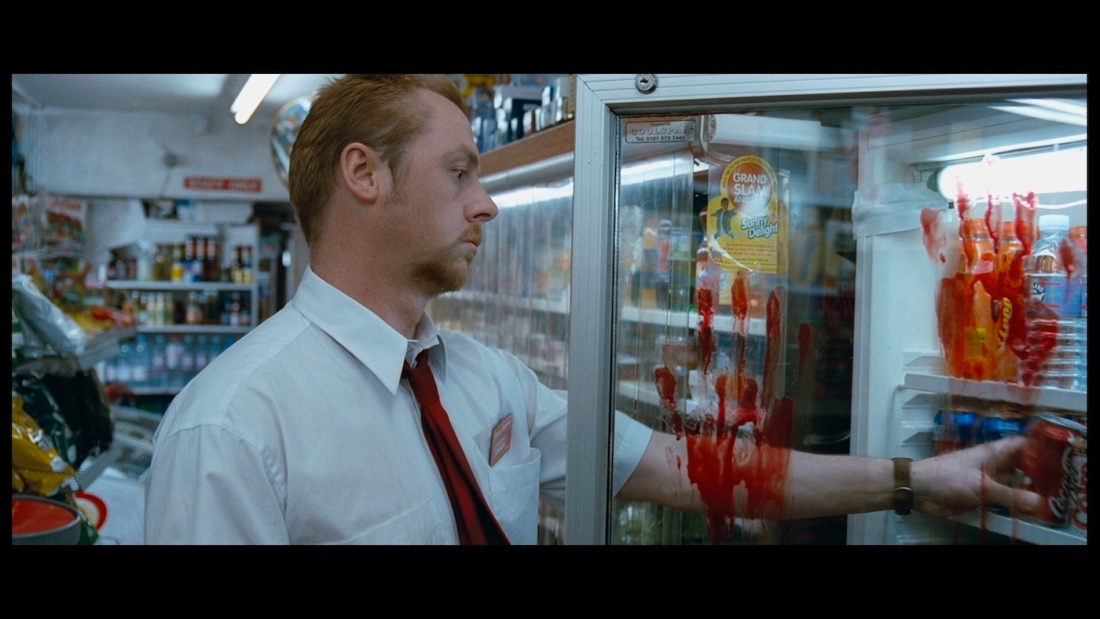 Shaun of the Dead is most peoples introduction to the wonderful world of Edgar Wright. Starting as he meant to go on the young director (just 29 at the time) built a film that managed to pay homage whilst simultaneously mocking the genre it was based upon. In this case, Zombie movies. The film stars Simon Pegg as the titular Shaun, a proverbial underachiever that is forced to reevaluate his life choices when faced with the mild inconvenience of a Zombie apocalypse. Shaun of the Dead was a breath of fresh air upon release and offered cinema-goers something the like of which had not been seen since Monty Python’s Life of Brian

25 years prior. The film lovingly references the George A. Romero films it was based upon (Night of the Living Dead

) and commands a lot of respect for the attention to detail that is present throughout. The first of the Three Flavours Cornetto trilogy, a series written by Wright and Pegg who simultaneously stars alongside his comedic other-half Nick Frost. A truly inventive tongue-in-cheek comedy that vastly outperformed its spoof premise.

Predominantly known for his efforts in the UK Wright’s first American film opened him up to an entirely new audience. If for some bizarre reason you found Shaun of the Dead too twee and self-contained to the British Isles then Scott Pilgrim vs. The World will show you what Wright can do on a world stage. Based on the graphic novel series by Bryan Lee O’Malley the film takes a dive into the more outwardly surreal and unashamedly plays up to its comic book origins. Michael Cera stars as Scott, a wannabe rock star who crushes hard on ‘dream girl’ Ramona played by Mary Elizabeth Winstead. What follows is a loveable and ludicrous narrative in which Scott must do battle against Ramona’s seven evil exes. The tangibility of the plot is clearly not what the film is concerned with and it is all the better for it. Don’t try to over analyse Scott Pilgrim vs. The World, simply jump on board for what proves to be a whacky, rollicking, song-filled adventure.

The third film in the incredibly loosely connected Three Flavours Cornetto trilogy sees Wright firing on all cylinders in arguably his most confident film to date. Pegg and Frost return alongside Rosamund Pike, Paddy Considine, Martin Freeman and Eddie Marsan. This crème de la crème cast of British actors offer genuinely engaging performances as a group of old school mates reuniting for a near-mythical pub crawl they first attempted in the hazy days of their youth. Unlike some of his previous work, Wright holds off the big reveal (which I won’t spoil here) until the mid-way point of the story. This revelation then kicks the film into overdrive providing some of the funniest, most ambitious and utterly bonkers comedy of the director’s career. Special plaudits must be given to Paul Machliss for his spellbinding editing on one of the most creative visual comedies of the 21st century. Smart, ballsy, and undoubtedly hilarious The World’s End closes out the Three Flavours Cornetto trilogy with a bang.

Wright’s latest feature is another fine effort and something different to what we’ve become accustomed too from the director. Ansel Elgort plays Baby, a young getaway driver with severe tinnitus. Baby relies on his many iPods to drown out the buzzing in his head and to aid the timing of his seemingly suicidal driving. The least comedic of all Wright’s films there is still plenty to admire in this high-speed action caper. When as films like Shaun of the Dead were undoubtedly comedies, Baby Driver sees Wright flexing his action muscles all whilst managing to keep the film fresh and humorous. Lily James appears as Baby’s muse, Deborah. A wistful waitress who offers Baby inspiration and salvation in the oft-brutal world he finds himself in. The film resonates stronger then you might expect from an Edgar Wright movie, perhaps a sign of things to come from the filmmaker. Still funny, still wonderfully refreshing, but maybe the director is no longer content with just making his audience laugh. Baby Driver is the first of Wright’s movies to really make you feel.

Hot Fuzz is to my mind, still, Wright’s crowning achievement. A film so funny and so relatable that many young Brits can quote it from start to finish. All the hallmarks of Wright’s directing are here; objects flying in and out of frame, matching scene transitions, perfectly timed sound effects and overly dramatic lighting cues. It is this kind of attention to detail that elevates Wright above his contemporaries as a truly visionary comedic filmmaker. The premise is fantastic; Simon Pegg is fish-out-of-water super cop Sergeant Angel, a hardened London police officer reassigned to the sleepy village of Sandford where the likes of Nick Frost’s P.C. Danny Butterman offers less than convincing law enforcement. As you’d expect from an Edgar Wright film the cast is absolutely stellar, Timothy Dalton deserves particular praise for his performance as the dastardly supermarket manager Simon Skinner. The film revels in the ever-present culture clash of mundane village life and utterly brutal murders. Even now, over 10 years since the film was released, Hot Fuzz is still breathtakingly original, offering the perfect blend of British self-deprecating humour and American big-budget explosions. The second film in the Three Flavours Cornetto trilogy has legendary status in its native Britain and rightly so, rarely is a film ever this ridiculous whilst being this good.